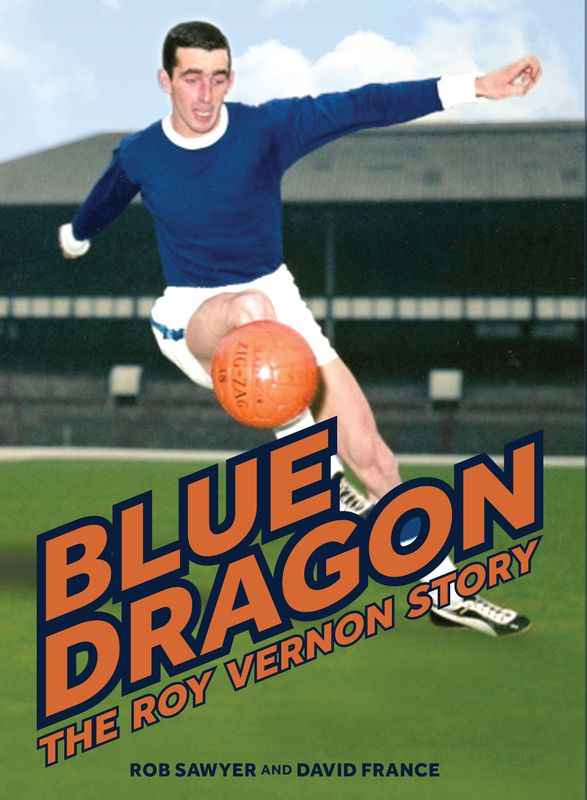 An excellent insight into a complex character

Roy Vernon was one of the most deadly strikers in English football's golden era. His goals helped take Wales to the World Cup finals, Blackburn Rovers to promotion to the First Division and Everton to league championship glory. Later in his career, at Stoke City, he was part of Tony Waddington's resurgent 1960s team.

But Vernon was more than just a great player. He was a maverick, a smoker and a joker, who defied his managers off the pitch and delighted them on it. Now, 50 years after his retirement from a game he gave so much to, award-nominated author Rob Sawyer and acclaimed Everton historian David France have told his story in full for the first time.

Drawing upon Vernon's own unpublished memoir, scores of interviews with friends, family, teammates and opponents, the authors produce a vivid portrait of a man who wowed millions of fans and terrorised hundreds of opponents.

Initially brought to life as a crowdfunding project and published as a limited edition of 1000 books, Blue Dragon is the definitive study of one of British Football's forgotten heroes.

Rob Sawyer is a fourth generation Evertonian. His great-grandfather, William Sawyer, was a director and secretary of the club. Rob is a popular columnist for ToffeeWeb — the independent Everton website — and an active member of the EFC Heritage Society. He has authored two other books: Harry Catterick: The Untold Story of a Football Great, and The Prince of Centre-Halves: The Life of Tommy TG Jones, which was released in 2017. The latter was shortlisted in the Sports Book Awards 2018 in the biography category.

Throughout his childhood on Merseyside and the past 42 years in North America, David France has been besotted with Everton Football Club. To date, he has travelled over 2,000,000 miles to support his beloved club and introduce trailblazing initiatives. In addition to producing a small library of 17 Everton Books, he formed the Hall of Fame, established the EFC Heritage Society, registered the Everton Former Players' Foundation and combed the globe to assemble the world's finest collection of football memorabilia, now known as The Everton Collection. Hailed as 'Doctor Everton', he was awarded an OBE for services to football in the United Kingdom and Europe.