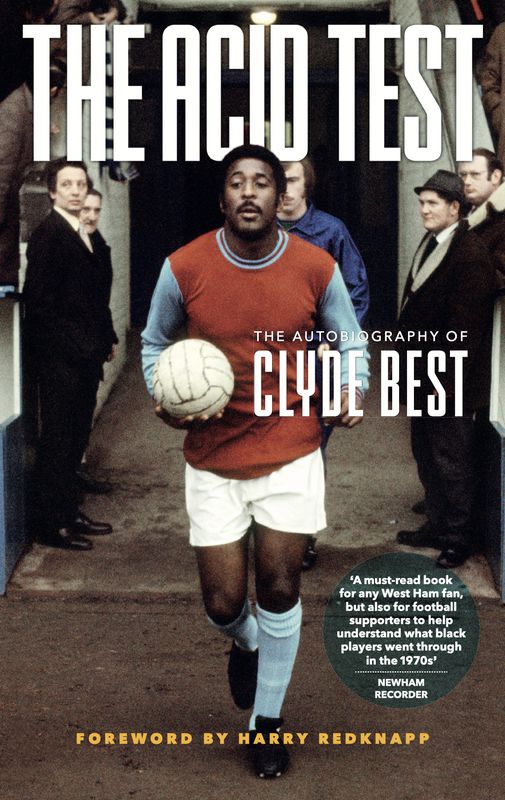 The Acid Test: The Autobiography of Clyde Best

Clyde Best was a pioneer

This is a must-read book for any West Ham fan, but also for football supporters to help understand what black players went through during the 1970s

On a rainy Sunday in August 1968, Clyde Best, arrived in London for the first time. Not long out of school, he had come for a week long trial with West Ham United, the club with which he had fallen in love while watching the FA Cup final four years previously. It was the 17-year-old’s first time away from the Caribbean. Alone, lost and depressed had he possessed the return fare he would have flown straight back home again.

Had that happened, English football would have missed out on one of its most riveting and unlikely stories: how Clyde Best, one of eight children, went on to become English football’s first black striking hero. A groundbreaking figure, he battled for recognition despite being regularly targeted in an era when racism was rife on football’s terraces.

In his autobiography, The Acid Test, Clyde relates how he overcame appalling discrimination because of the colour of his skin and how that served as an inspiration for dealing with intolerance throughout his career. He describes the culture shock of swapping the Caribbean for London; how West Ham and future England manager Ron Greenwood took him under his wing; how, as a willing listener, the teenager from Bermuda ended up playing in the same team with players — including Geoff Hurst and Bobby Moore — who had led England to World Cup glory; and how he developed a special bond with the fans over an eight-year love affair.

The Acid Test also follows Clyde to the United States where he joined the likes of Pele, Franz Beckenbauer and Rodney Marsh as one of the first pioneers of the professional game across the Atlantic. It concludes, four decades after boarding that BOAC flight to London as a skinny wannabe, back home in Bermuda where he briefly coached his national team.

Candid and searingly honest, The Acid Test tells of the extraordinary ups and downs of one of English football’s groundbreaking figures and is the last word from a player that defied many of the game’s boundaries.

Clyde Best MBE was born in Bermuda in 1951. Described by Ron Greenwood, as ‘the best 17 year-old I have ever seen’, the centre-forward was signed by the West Ham as a teenager and spent eight years at Upton Park. He soon developed a reputation as a bustling centre-forward and attracted widespread respect for defying the racism endemic in English football at the time. In 186 games for West Ham he scored 47 goals before embarking on a successful playing career in the United States. In the 1990s he worked as a coach, also managing the Bermudan national team. Best was inducted into the Bermuda National Sports Hall of Fame in 2004. He was awarded an MBE in the January 2006 New Year’s Honours list for services to football and the community in Bermuda. 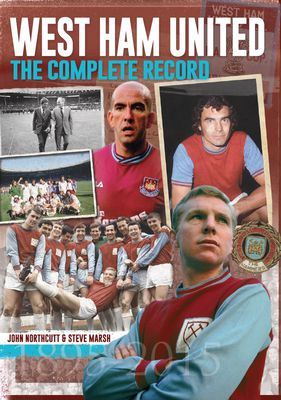 Possibly the most comprehensive statistical analysis of the club to ever be published, if you have an eye for stats — or are even just interested in learning more about the club's illustrious past — this really is one publication you simply cannot afford …