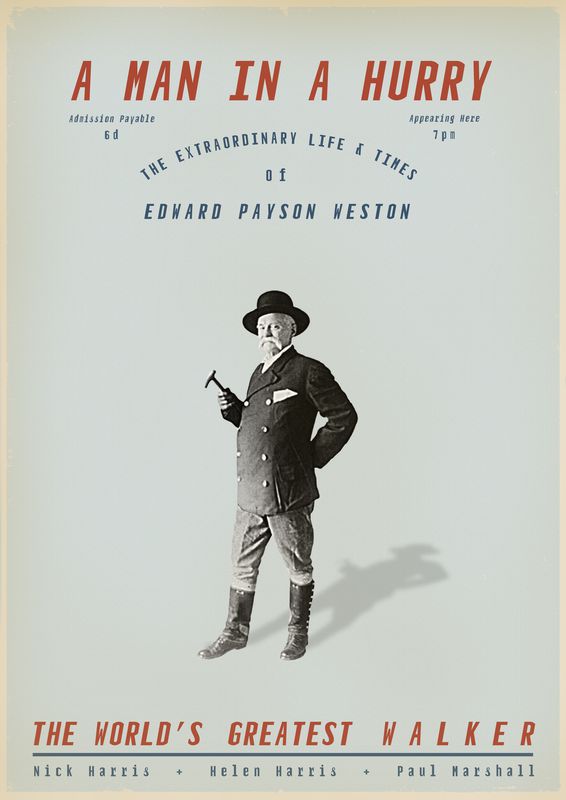 A Man in a Hurry: The Extraordinary Life and Times of Edward Payson Weston, the World's Greatest Walker

This is a story that has everything including love, drugs, money and celebrity as well as sporting excellence, and has been superbly put together by the co-authors.

For half a century, Edward Payson Weston was one of the most famous people in the English-speaking world as the first age of international celebrity unfolded. The godfather of the pedestrianism movement - a sport that took the Victorian world by storm - he criss-crossed Britain and America on foot earning fame, fortune and notoriety in an athletic career that saw him complete some of the most amazing endurance feats ever witnessed.

The story of a dreamer, schemer and ladies man, who met with presidents and royalty, crooks and knaves, A Man in a Hurry is one man's athletic journey from the Gold Rush to the Jazz Age. With its colourful detail, historical context and readable style, the co-authors have skillfully recreated a vanished world to tell one of the most amazing stories in sporting history and provide an important addition to the sports literature canon.

Nick Harris is chief sports news correspondent of the Mail on Sunday, editor of sportingintelligence.com and SJA ‘Internet Sports Writer of the Year’.

Paul Marshall is an historian who became interested in Victorian race-walking when researching the life of an ancestor. He is editor of kingofthepeds.com