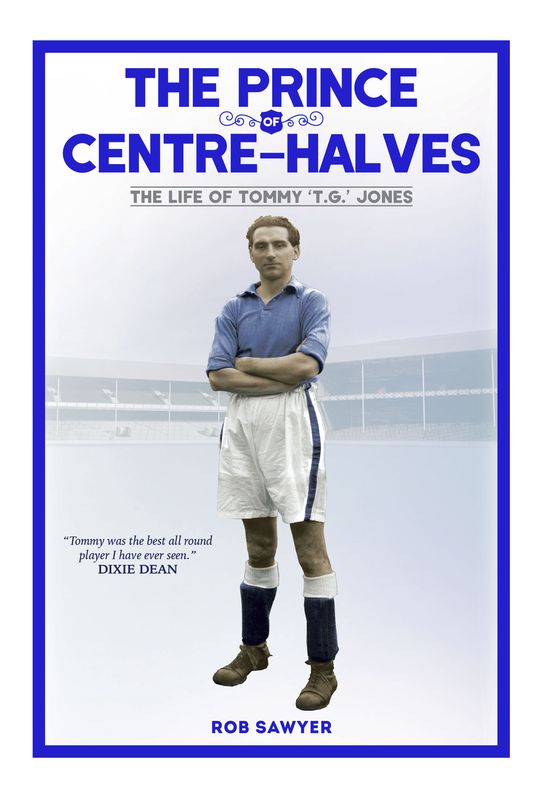 Although I have been a Blue for more than thirty years, and like to think I know my history, I would be lying if I said I knew much about TG Jones before reading this excellent biography by Rob Sawyer. Detailing the considerable highs and lows of the Welshman's career, including the night he guided Bangor to an unlikely victory over Napoli in the European Cup Winners' Cup, some twelve years after his acrimonious exit from Goodison Park, Sawyer's book paints the picture of a stubborn, complex character, a leader of men, who was revered by many of the game's top names of that time, including Joe Mercer, Tommy Lawton and Dixie Dean. Indeed, Dean went on record to say that TG Jones was the best all-round player he'd ever set eyes on. Nonetheless, despite such ringing endorsements, Jones also comes across as an extremely arrogant, egotistical and, somewhat paradoxically, insecure individual, who often felt the need to blow his own trumpet and publicly criticise his contemporaries. For showing us both sides of Jones' character, Sawyer deserves great credit. Perhaps the greatest lines in The Prince of Centre-Halves, however, do not come from the author or indeed his subject, but from the football journalists of the first half of the twentieth century. One such reporter was 'Pilot', who wrote this about Jones in 1939: "A number of people said to me after the match, 'Busby was the best player on the field.' I disagree and hand the palm to Tom Jones. Everton's display was an epic. They had pace, skill, a cheeky confidence, a flair for doing the unexpected in seeking the open space, finishing accuracy and a perfect defence." Bravo TG(R) Jones, Rob Sawyer and all those involved in putting together this splendid book and the spiffing cigarette cards that accompany it!